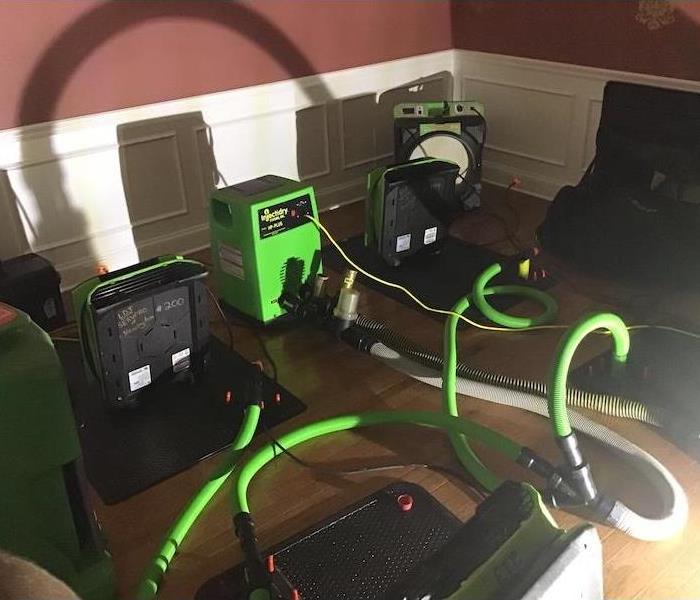 Sewage smells are horrible! Call SERVPRO for the sewage cleanup service needed for your home now!

We help with all kinds of Hartford water damage repair.

Hartford is one of the oldest cities in the United States – it was founded in 1635. The Dutch first explored the area in 1614 and then returned, intending to set up a colony. The founders of Hartford came from New Amsterdam, at the tip of Manhattan Island. The founders hoped to set up a trading post at Hartford, which they could use for the Dutch Indian Trading Company. This history can be seen in the area around Fort Hoop, which is known as Dutch Point.

From the 1850s onwards, Hartford became known as a major center for manufacturing. This was partly due to Hartford Native Samuel Colt's inventiveness, whose industriousness had a significant effect on the area. Colt perfected manufacturing processes that let companies create many products in a much-reduced amount of time. Some of the companies manufacturing in Hartford included:

Some of these companies are still in operation today.

Hartford is full of historical sites.

It is hardly surprising that Hartford has so many historical sites to explore. Some of the most popular include:

Hartford is also a hotbed of modern culture.

Do not think Hartford is only about the past! The city today is home to multiple modern arts and culture companies and events. The Trinity College Hip Hop Festival draws a large crowd every year to enjoy hip hop performances. The Mortensen Plaza is a popular spot for concerts, outdoor theater, craft markets, and much more. Hartford also has a vibrant theater scene, where you can regularly catch Broadway shows.

Why choose SERVPRO for sewage cleanup in Hartford?

Of all the water damage repair situations you might face, a sewage-related repair is often the most distressing. Sewage smells terrible and can contain all kinds of dangerous contaminants. That is why it is best to call in help for cleaning up after a sewer backup.

SERVPRO is an excellent choice for sewage water damage cleanup because: