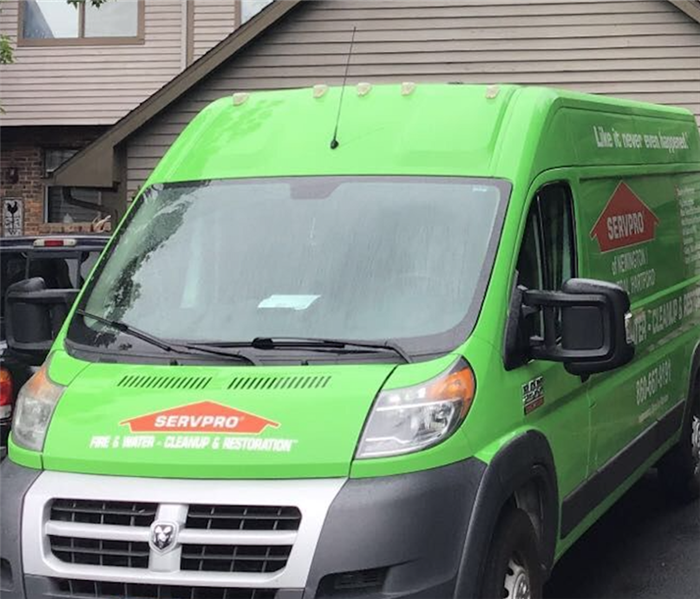 The Hartford community can always depend on SERVPRO of Newington / Central Hartford.

The fourth-largest city in Connecticut, Hartford, is the insurance capital of the world. It is also the capital city and one of the oldest cities in the United States. Founded in 1635, Hartford is home to several facilities that are among some of the oldest in their category as well. They include the Wadsworth Museum, Bushnell Park, and the Hartford Courant. For many years after the Civil War, it was the wealthiest city in the country. Sadly, now it ranks as one of the poorest.

Like many cities across the country, Hartford was home to various Indian tribes. They inhabited the area in and around Hartford and were all part of the Algonquin Indians. They include:

The Dutch were the first Europeans to explore the area. Adriaen Block led the group in 1614. In 1623, Dutch fur traders returned to the location and established a trading post. They were also fortifying the spot for the Dutch West India Company. This was in the Sheldon/Charter Oak neighborhood that exists today. The fortification erected was called Fort Hoop. A Pequot chief sold the land around the fort to Jacob Van Curler in 1633. A handful of families and some soldiers lived there, and in 1654 the fort was abandoned. Today the area is known as Dutch Point.

There were only a few dozen soldiers at the Dutch outpost. They didn’t overly concern themselves with English migration into the area. It was not long before the English outnumbered the Dutch. The outpost known as the House of Hope was still in place, but English settlers slowly took over. Peter Stuyvesant negotiated a permanent boundary that would separate the Dutch in English in 1650.  The English representatives he met with agreed, and a line was designated that was over 50 miles from the original settlement.

The English, who started arriving in 1635, settled upstream of Fort Hoop. Over 100 settlers would be led to the area by Governor John Hayes and two Puritan pastors, Samuel Stone and Thomas Hooker.  They brought 130 head of cattle with them. The town was called Newtown originally but was changed to Hartford in 1637. It was named after the hometown of Samuel Stone, Hertford, England.  In 1633 Hooker also started the town of Windsor.

Determining the Government in Hartford

While they came from the Massachusetts Bay Colony when they established the baby colony, they were out of the charter’s jurisdiction. They needed to decide how they were going to be governed. Thomas Hooker would preach a sermon that was the basis for the Fundamental Orders of Connecticut. This was ratified in 1639 and stressed self-rule rather than ceding that to a higher power. The belief is this sermon was the foundation for the Connecticut Constitution and the United States Constitution as well.

Hidden in an Old White Oak

The Charter Oak was located in the original settlement area. In 1662 colonists hid Connecticut’s Royal Charter to keep it from being confiscated by the English governor-general. This oak tree is the emblem on the Connecticut state quarter. A monument to the oak tree can be seen at the corner of Charter Oak Street and Charter Oak Place.

Delegates from the five New England states met on December 15, 1814, at the Hartford Convention. Their topic was the secession of New England from the US. Slavery was one of the main concerns. The Beechers, a famous abolitionist family, lived in Hartford, one of the leading centers of abolitionist activity.

Reverend Lyman Beecher was a Congregational minister who was an important representative of the anti-slavery movement. He delivered powerful anti-slavery sermons. His son, Henry Ward Beecher, was a noted clergyman in his own right. He not only fought against slavery but supported women’s suffrage and the temperance movement. His daughter, Harriet Beecher Stowe, was the author of the controversial Uncle’s Tom Cabin.

The Wide Awakes were a group of abolitionists that supported Abraham Lincoln. Hartford was the first site of this movement when it started in 1860. They put together parades with fireworks, music, and torch lights. The parades were as much social events as they were political. They began as part of Lincoln’s visit to the city but eventually became part of 19th-century political campaigns.

A City Full of History

Today much of the history of Hartford can still be seen through the buildings and monuments. Many structures can be toured and enjoyed. It is a city rich in culture and history.

When a fire occurs in a home, it can cause problems even if it is a small one that was contained quickly. Smoke residue can travel rapidly throughout the home and spread into the tiniest of cracks. SERVPRO is ready to provide fire damage restoration to any Hartford home impacted by fire. We can provide mitigation for any size fire. Our technicians provide:

Each situation is different, and all of the above may not be required in every situation. Our technicians are experts at determining the exact plan of action needed. SERVPRO of Newington / Central Hartford can provide professional fire damage restoration to homeowners. Contact us at (869) 667-9191. We’re Faster To Any Size Disaster.