The Best Way to Deodorize Fire Damage Odors in Newington 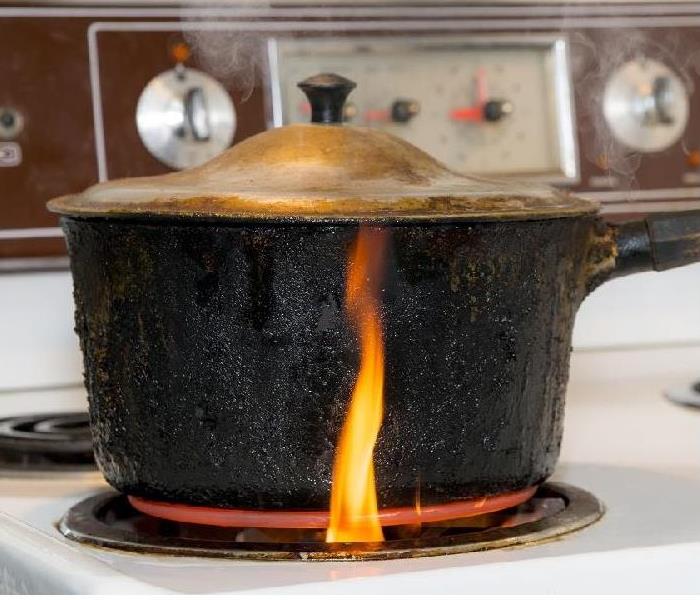 Practice cooking safety and should you experience a fire, call SERVPRO for fast and effective remediation.

Deodorizing After Fire Damage in Your Newington Home

Many house fires begin in the kitchen and often involve cooking. Flames can get out of control quickly, catching food or nearby items on fire. Flames can flare fast, and before the homeowner even realizes, you have a fire in your kitchen. Even if you can put it out quickly, often damage happens to the walls behind the stove and a great deal of smoke residue and odors.

Surprisingly, smoke odors and residues often cause the most significant damage after a fire in Newington. It can be hard to learn the source of the smell, and you are unable to find it and remove it, the smoke odors do not go away on their own. Without proper attention, a home with even the smallest kitchen fire can smell like smoke weeks or even months after the fire occurred.

It is essential to remove both the smoke residue and deodorize the smoke odors for effective restoration. If you only remove the residue, the unwanted scent lingers. There is no one set way to deodorize a home after a fire since the amount and types of residues are different in every situation. SERVPRO technicians create an individualized plan for each structure they restore, using only the amount of techniques needed. Part of the criteria in this plan is the smoke residue amounts; light, medium, or heavy. Likewise, technicians classify the smoke damage as light, moderate, and heavy.

Deodorization procedures vary for each level of odor and residue and each unique situation. In every case, it is crucial to remove the odor source, ventilate the impacted area, and thoroughly clean. Using SERVPRO's specially formulated cleaners like Wall and All Surface Cleaner removes smoke residues from walls and other surfaces. It is vital to make sure the HVAC system is not running while deodorization takes place. SERVPRO restorers typically clean the HVAC system since it most likely also has some smoke damage.

For light, moderate, and substantial smoke damage, SERVPRO technicians keep odor vapors under control by using products like Instant Odor Counteracting Beads or Instant Odor Counteractant Pellets to help attack the odors. The last stage of the attack is to fog the affected area using either a thermal fogger or a ULV fogging device, beginning at the source.